Rolling Stone premiered the new video and they thinks a... 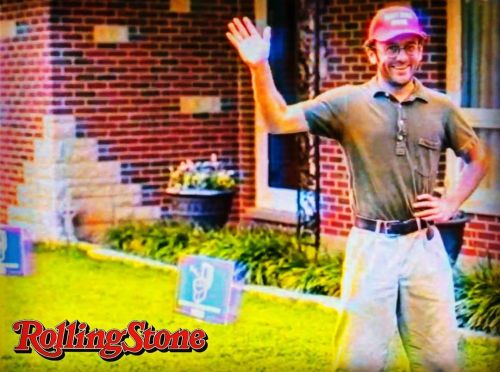 Rolling Stone premiered the new video and they thinks a “hoot”!🤣
.
.
Here’s what they said, “American expat Ian Fisher returns to his Midwest home state for the guerilla-style video for “American Standards,” a cheeky nod to both the toilet manufacturer and our decaying U.S. values. The clip is a hoot, with Fisher, who’s lived in Europe for the past decade, knocking on doors to spread a message of “Make It Flush Again” — a kinder, gentler way of ridding ourselves of “a president who proverbially defecates daily on the democratic and moral standards I was conditioned to associate with the idea of America,” Fisher says. By song’s all end, he has a realization: “You know it was never built to last.” The scary part is he may be right.”
.
.
Check out the video on Rolling Stone’s website: https://www.rollingstone.com/music/music-country/rs-country-music-picks-canaan-smith-1067227/
.
#americanstandardsianfisher #musicvideo #rollingstone @rollingstone
https://www.instagram.com/p/CFtyDhjl0Zg/?igshid=9p2yheg566cf