If you’ve ever seen me play live, then you’ve probably heard me... 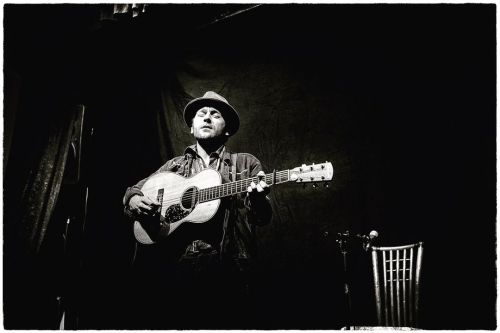 If you’ve ever seen me play live, then you’ve probably heard me perform a song by Woody Guthrie. If I didn’t play one from him, then it wasn’t intentional. Woody deserves a place in every set of mine, because without him none of us folk-singers would even be here. Hell, Bob Dylan basically started out as a Woody Guthrie cover band. That being said, today I shared Guthrie’s “Do Re Mi” in my Fanklub country cover collection. If you wanna hear, then go to fanklub.com/ianfishersongs. The track is a happy-sounding little ditty that follows a Midwestern family (probably from Oklahoma like Guthrie himself), who leave the dusty plains in search of the proverbial greener pastures of California and find that the only thing that was greener on the other side was the color of the dollars that they don’t have. As many of you know, “do” is short for “dough” and “dough” is slang for “money”. I’ve had to think about that a lot lately because I’ve sold so few tickets for the upcoming tour that I might lose more “dough” than a forgetful baker. ;-) So if you’d like to get a ticket for one of the upcoming shows, then go to ianfishersongs.com/shows after you check out this list: