I’ve sent out the new single to my Patreons today and it will... 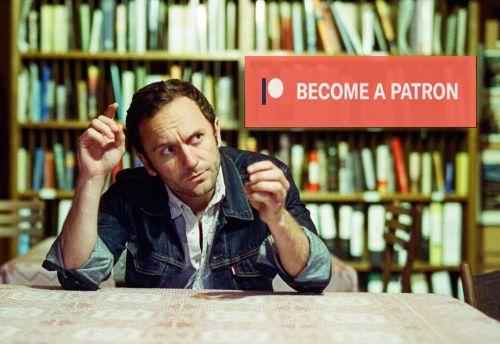 I’ve sent out the new single to my Patreons today and it will officially be released on Spotify, iTunes, and everywhere else tomorrow! 🎶
.
Here’s a little story about the song… “Growing up in a small town in Missouri felt like being raised in a slingshot. Like being held back for so long that when I was released I flew as far away as possible. It was only then from a distance that I was able to begin to see some of the beauty that had been embracing me. The song American Standards and the album to which it lends its name deal heavily with the disparity between the reasons why I emigrated out of this country and what I still love here. I took some of the verses of this title-track from an old journal that I kept on my first tour back when I was 21 traveling through the Northwest in an Anarchist Folk-Punk band in my parent’s minivan. I found it ironic then, as I still do now, that the most popular brand of toilets in the country is called “American Standard”. With a president who proverbially defecates daily on the democratic and moral standards I was conditioned as a child to associate with the idea of America, I figured that now would be a fitting time to muse on the irony of our literal and figurative sewage. The chorus of this song climbs out of the toilet and frees itself from the verses. It captures the feeling of my escape to Europe and how, from a distance, I have finally been able to learn to cherish where I’m from.”
.
www.patreon.com/ianfishersongs
.
#americanstandardsianfisher #newsong #newalbum #patreon Photo by @andreasjakwerth
https://www.instagram.com/p/CFyz4Dml1zO/?igshid=189jntkjdyysi